Pictured Above:John’s special shoes remain on the porch as a testament to all of his struggles. 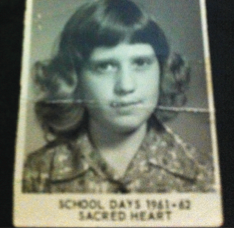 John was a heavy equipment mechanic. Tinkering with engines had always been a fascination, so he made it his trade as well as his entertainment. A member of the local Flywheeler's club, he was active in the community and enjoyed participating in fundraisers for local charities. As well as service to others, he served his country as a member of the National Guard for a number of years. John also liked working the earth on his and wife Stella's modest acreage. Jumping on the tractor to till up the garden or bush hog the grass was second nature to John, that was, until about 10 years ago. An accident and several major health incidents turned his life upside down.

One day, while working the farm, John, a regular Paul Bunyan of a fella, jumped off his tractor. He landed on his feet, but something wasn't right. His leg swelled, and after having trouble walking, he went to the doctor. After several misdiagnoses, it was determined that he had injured his ankle joint. This lead to a long list of complications, including limited mobility. To further complicate things, he had diabetes.

Seven strokes over the next eight years further challenged both him and wife Stella. Three of the strokes were major, requiring much rehab and physical therapy. It left him wheelchair bound. The last stroke caused paralysis of his right side. Recovery would be a struggle. The combination of strokes, paralysis, diabetes and his previous injury set the stage for the development of bedsores. John’s leg would have to be amputated.

The past decade was not kind to this once active Lake Cormorant couple. In addition to all of John’s major health issues, Stella had her own health challenge with a bout with cancer in 2011. Thankfully, this is a battle she won. Through all of the physical ailments, John and Stella tried to maintain their home. With their health taking center stage, repairs were put on the back burner; the repairs were not physically or financially feasible. 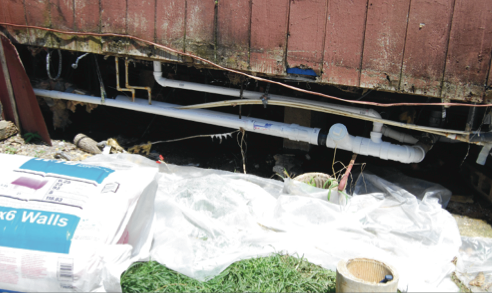 It became clear after John’s last stroke that some repairs would have to be done soon. His wheelchair would not fit through the bathroom doors and though Stella is a strong woman, lifting John and getting him to and fro was beyond her capabilities. Even more troubling was the fact that water had begun pouring out under their home when any plumbing was used. After years of piecing together repairs, the pipes were giving way and so was the bathroom floor. What would they do?

Stella knew about Sacred Heart Southern Missions. Her mother had worked for Sacred Heart many years ago when Father Gregory was here. Stella had also gone to Sacred Heart High School in the late ‘60s. Stella reached out to SHSM for assistance. 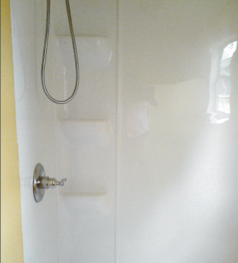 The timing was right for the Young Men and Young Women’s retreats from our parishes to tackle the job. The two volunteer groups were able to make all of John and Stella’s plumbing repairs possible. The young men and their mentors replaced a good bit of the pipes and drains under the home and re-insulated the area. Next, they reworked the bathroom, adjusting the doorway and replacing the old tub with a handicapped accessible shower. The young women and their mentors finished up the job by replacing the other bathroom fixtures, putting down new flooring and giving everything a fresh coat of paint.

John made it home from rehab a little more than a week ago and was thrilled to learn about all the repairs and modifications that had been done while he was away. Stella was amazed at the sheer scope of the repairs that were done. “We were hoping for just a little bit of help to fix some problems. You have really helped fix our lives!”